You may not know it, but as a Windows and Android user, you may be a victim of phishing.

What is this threat that awaits Windows and Android users?

It has become a daily routine, we use our smartphone or computer for a whole host of things. These include listening to music, watching series and movies, or reading digital books. In addition, these devices, whether they are running Windows or Android, allow us to access all kinds of websites, whether for information, entertainment or even to make online purchases. And the hackers understood that perfectly. In fact, The latter has developed a new technology to trap Internet users, especially Windows and Android users. Here’s how they do it.

detected a virus on his computer. Source: spm

As a Windows or Android user, you will now have to be more vigilant. In fact, Hackers use a Trojan called ERMAC, which is supposed to install malware to steal the contact details and banking IDs of its victims..

This technology, which affects Android and Windows devices, prompts users to install this malware when they make misspellings when entering a web address. At that time, they are directed to the fake websites owned by the hackers. If they think they are on the real scale, they allow themselves to download an app that they think is safe. Unfortunately, this is malware that allows hackers to access their personal information. In total, at least 27 brands have been usurped by this technology, among the most famous: the social network TikTok, PayPal or Google Wallet.

The fact that the hacking sites are almost identical copies of the original sites makes it difficult to spot this scam, especially since we all make some typos at some point.

How can Windows and Android users protect themselves? 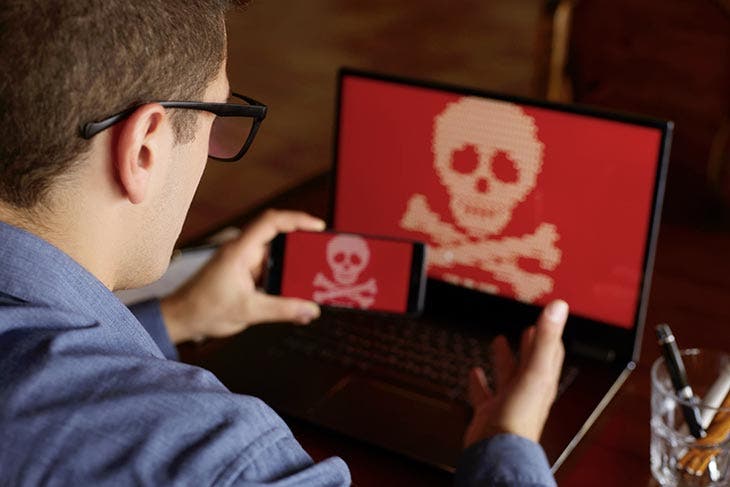 A virus has been detected on your computer and smartphone. Source: spm

To standardize the security of Android and Windows endpoints, Microsoft launched “Microsoft Defender,” an antivirus solution available on Windows, macOS, Android, and iOS. The goal of this software is to control the security of several devices using a single interface. The application provides a dashboard that gives an overview of the level of protection for different devices, whether computers, tablets or smartphoness.

Thus, in the event of a problem, security alerts are sent. Depending on the platform, the features vary. Thus on Android, Microsoft Defender offers antivirus protection and the option to scan to detect any presence of malware. On your PC, Windows Defender allows you to run virus scans, both full and custom, not to mention the offline function, which scans your PC before Windows starts. Moreover, the program It also advises Windows users to raise the security threshold for their devicesIf necessary.

In any case, feel free to install an antivirus and be vigilant when using your smartphone or computer, on a daily basis.