This woman showed imagination to build a warm beautiful home

Her dream project has always been on this woman’s mind. She knew exactly what her home would look like. 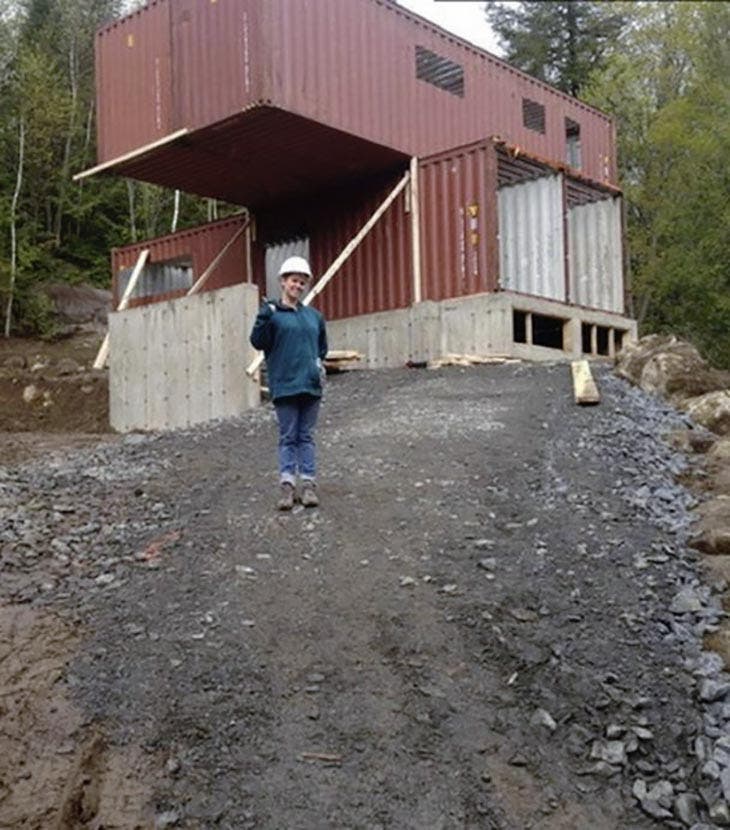 One day, while walking along the port of Montreal, she noticed the use of shipping containers. These large metal chests were her inspiration. 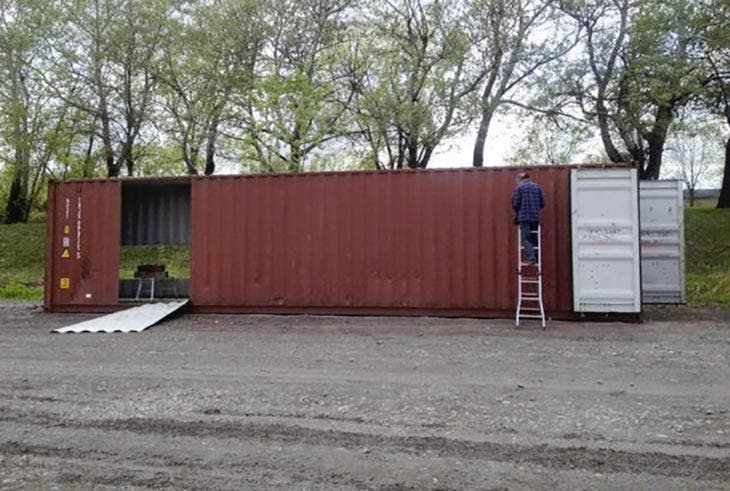 Building your own home – Source: spm

She bought four old shipping containers. It was neatly organized and ready to assemble. 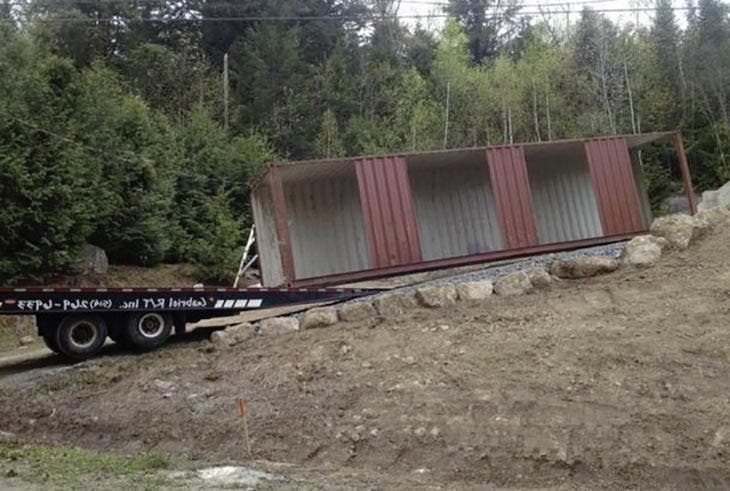 Special preparations were applied to it. 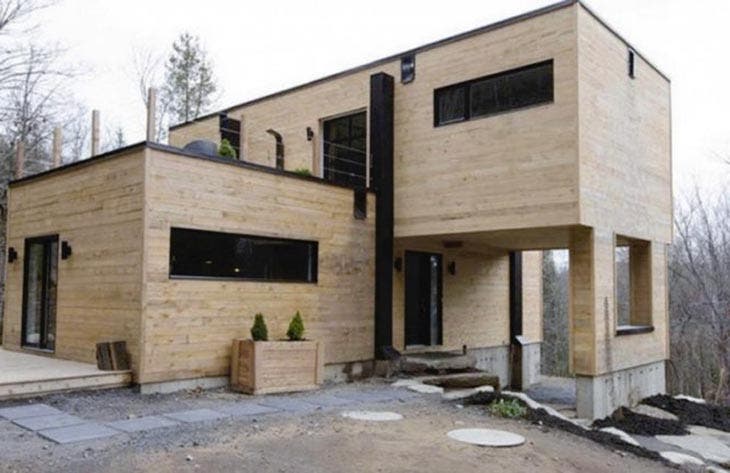 For the cladding of the house, pine was used outside. This wood is perfect for the Canadian cold. In just six weeks, the facade of the building was completed. 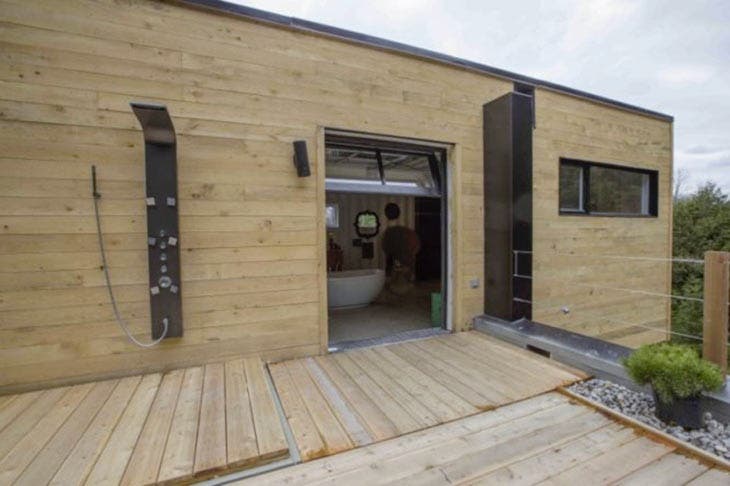 The entrance to the house – Source: spm

What’s inside is simply amazing. Natural light shines through the huge windows, creating a beautiful atmosphere. 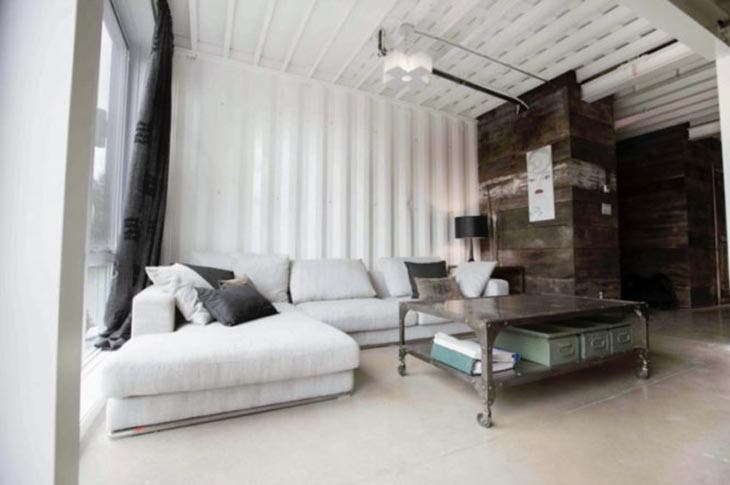 The original shape of the containers has been kept, adding an original character.

She added a shade of red to the office portion. Which gives a lot of magic! 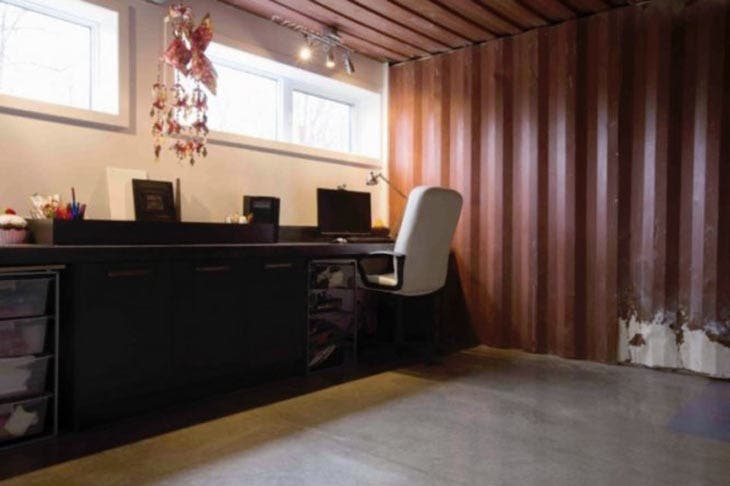 A spiral staircase leads to the second floor where there is enough space for the bathroom and kitchen. 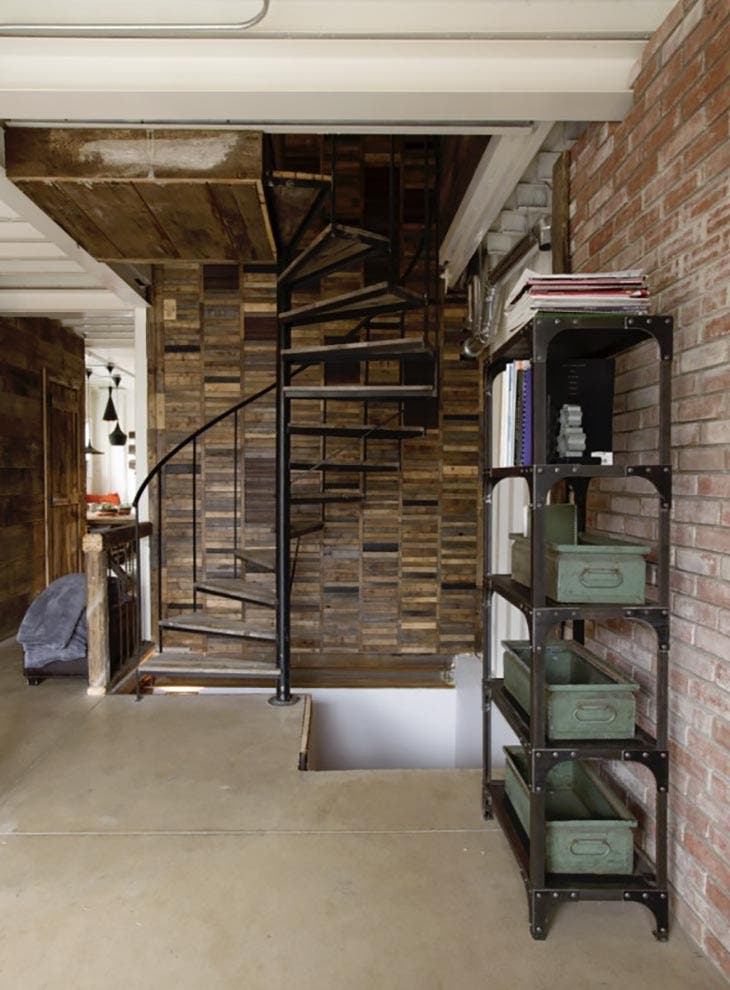 The kitchen is impressive and not lacking in anything. 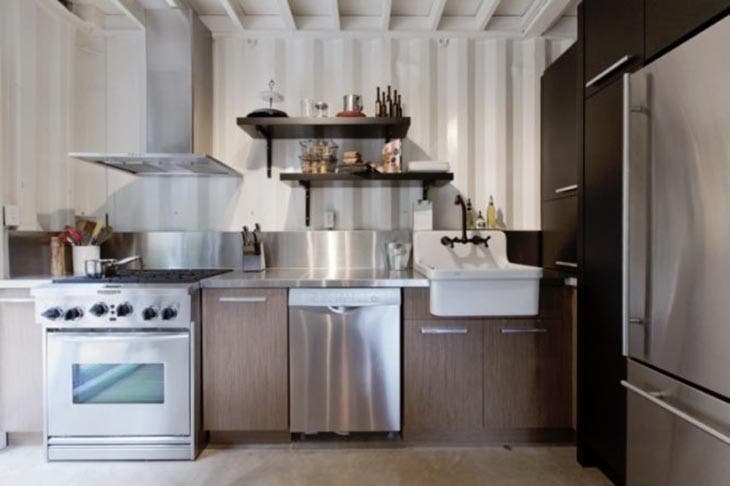 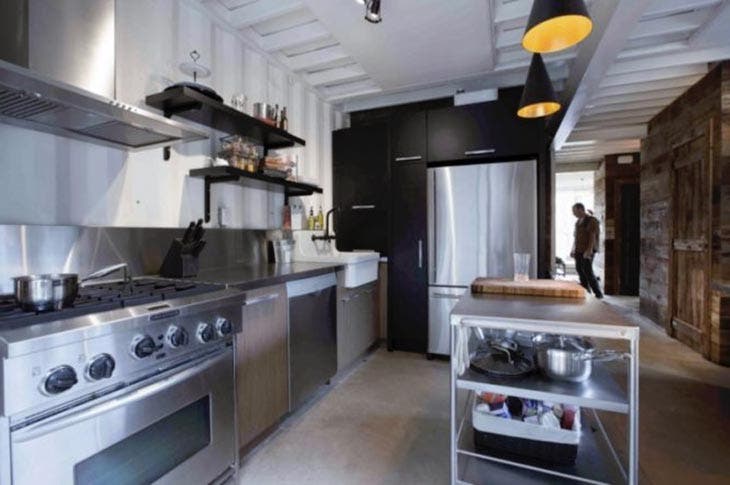 The bedroom is connected to the bathroom. This was what Claudie had always dreamed of. 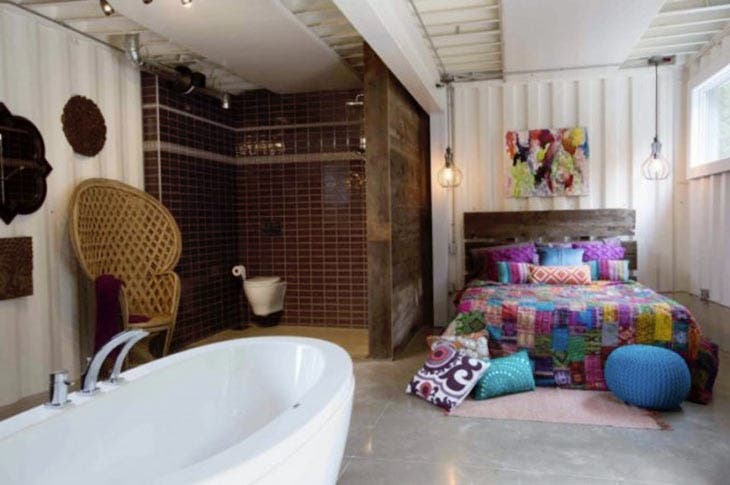 The bathtub is the most important element of this room. In front of it are large windows that open onto a balcony with a shower.

There are also small toilets for guests. It’s a perfect use of that space! 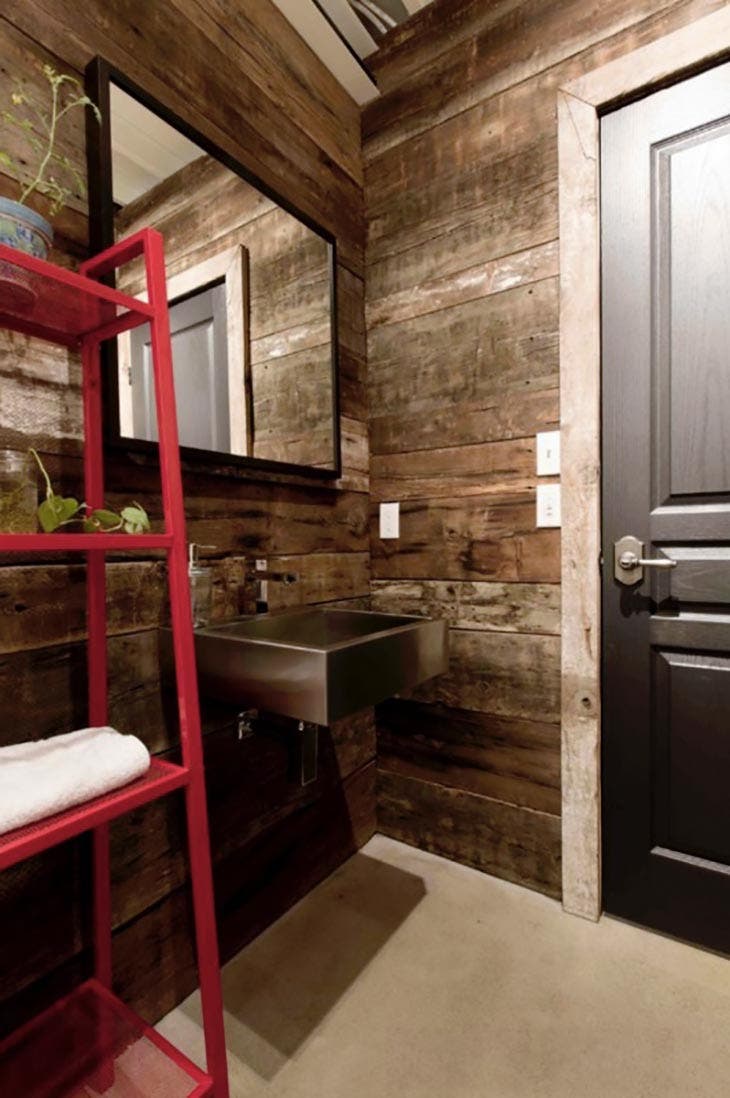 This house is unique and not found anywhere else. Congratulations to her!