It requires outdated protocol or tradition, and opinions are often mixed as to a marriage proposal. If some no longer see the need for it, others jealously want to preserve this traditional custom of romantic significance. From the most classic to the most extravagant, marriage proposals have evolved over time. But it would be good to delve into the past to better understand its origins. Especially since this practice was not as emotional as one might think!

How did the tradition of proposing marriage originate? 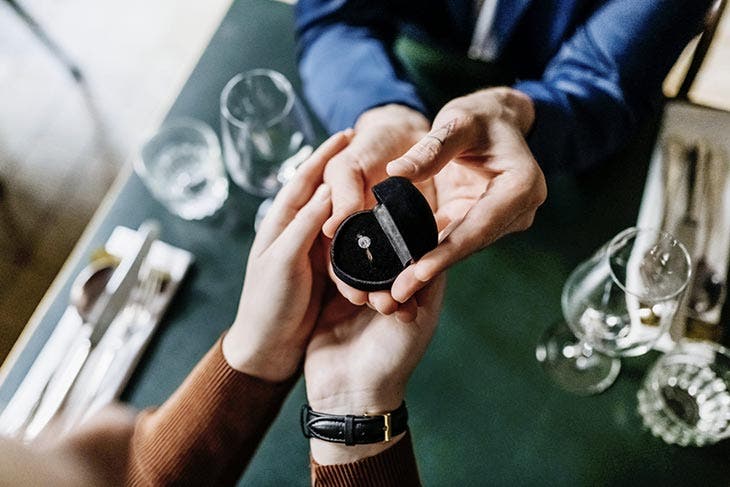 In the past, we didn’t talk about “love” marriage. It was more of a commercial affair. Marriages are usually arranged for strategic alliances between two families or for financial reasons. At that time, although they enjoyed some freedoms, women did not have the ability to make important decisions and did not have any rights as such. Since then, to conclude a marital alliance, the decision belongs to the patriarch of the family.

According to tradition, when a man chose his future wife for marriage, he had to propose to the young woman’s father directly. The latter had the power to accept or decline this marriage proposal. Then he had to rely on his situation and material income to ensure that his daughter would be safe from want. Often, when it came to young people, the work was concluded between the parents of one and the other. Therefore, those concerned had no actual opinion and had to submit to the good faith of their parents. Moreover, the girls were still young in order to secure their future and start a family.

At that time, there was the concept of a “hand”, and this symbolized the legal authority of a father over his daughter. By asking for her hand, this power will be transferred to the future husband. Thus the latter would have control over his wife, who is now a full member of his family. Note that this concept applies not only to women, but also to slaves.

Over time, fortunately, the marriage proposal evolved in morals, taking a more romantic and emotional turn. The offer comes with an engagement ring and the man kneels before the one he wishes to marry. Exactly, this last custom, dating back to the Middle Ages, overturned the appearance of a woman’s subordination to a man.

My knees in front of my beloved… 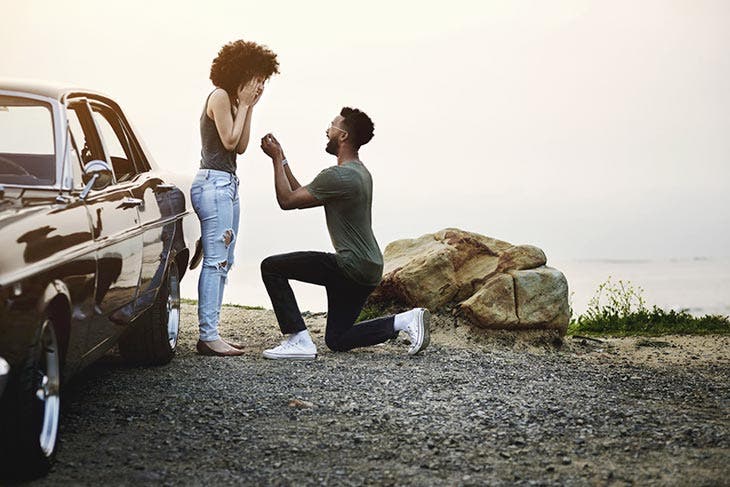 Asking for your hand while kneeling – Source: spm

This tradition has marked the spirits and has continued over the centuries and generations. With the emancipation of women and the acquisition of their rights, the ritual of proposing marriage continues today. There is no need for the issue of involving a third party, we submit our request directly to the person concerned. Many couples consider this gesture to be particularly romantic. Oftentimes by surprise, without expecting it, the woman finds herself face to face with her kneeling companion who presents a case in her hand. From the most sober to the most authentic, it is generally a deeply emotional moment that many choose to share with their loved ones.

However, despite tradition, the proposal of marriage is no longer restricted to men only. More and more women are daring to take the initiative to make this proposal to their partners.

It should be noted that while some remain conservative and fully appreciate the traditional field of demand, for others this ritual is not an absolute necessity. Especially since divorce has gained momentum in recent years. Suffice it to say that marriage has lost its majestic aura and sanctity. Sometimes, we can decide to marry on a whim, without being asked in the rules of art. In fact, this habit is unique to each person. There is no rule: every couple considers marriage differently. Some will perpetuate this tradition with a well-fitted order, a diamond ring, a prestigious party planned months in advance… Others will be able to content themselves with a quick town hall union and a meal. Ordinary friends. Finally, the important thing is not in the figure but in the bottom.

I hope the fairy tale goes on forever…