Have you ever wondered what exactly this iconic symbol means? Have you yet thought that these colors had a patriotic influence? Well, not at all. The meaning behind the design of this legendary publication has a very special history. We will solve the mystery in this article.

The strange story of the barber 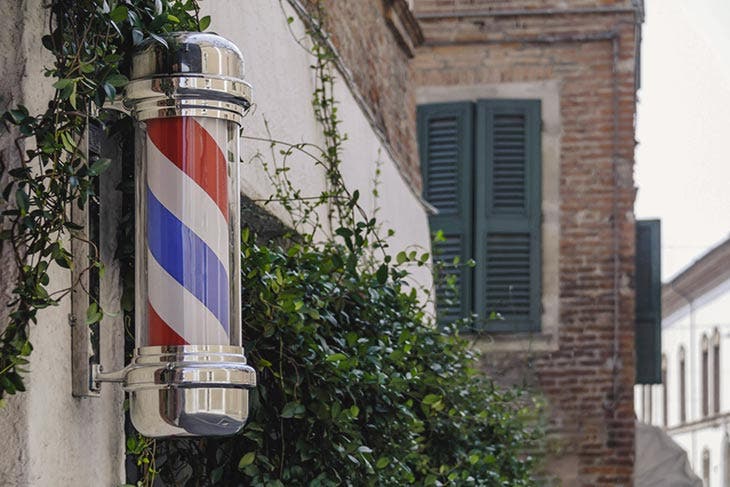 In the Middle Ages, you should know that barbers did more than just cut hair and trim beards. In fact, many of them played the role of a surgeon or a dentist. At the time, barbers were known to provide certain medical services, such as bloodletting, to anyone who could not go to the doctor.

This procedure was usually performed by a monk, with the help of barbers, who not only had sharp tools to do the job, such as blades, but also the skills to use them. Bloodletting was used to treat all kinds of ailments, from the simplest, like strep throat, to more serious ones like the plague. The idea was to remove excess blood from a part of the body that could lead to infection and disease.

You may be wondering why the barbers took on such a difficult task? Simply because a decree issued by Pope Alexander III in 1163 forbade monks from spilling blood. And at that time, surgeons had to perform many other, more important operations. Then the doctors considered the bleeding “trivial.”

Thus, the barbers carried the torch. In the process, they also performed other “simple” procedures such as tooth extraction and treating minor injuries and fractures. So much so that they have been called “barber surgeons” because of the wide range of services they provided. They retained this title until the end of the eighteenth century. After that, the bloodshed became little by little.

The meaning behind the colors 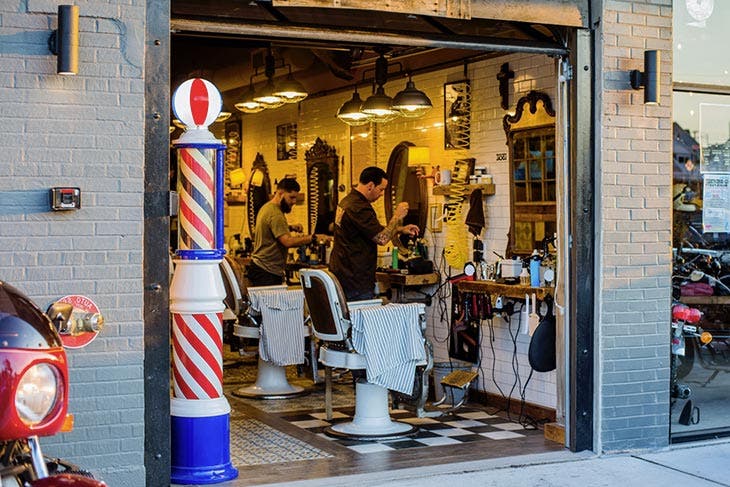 Thus these “medical” offerings are directly related to the tricolor situation: the red stripe was meant to represent blood, the white to symbolize the bandages and bandages used to stop bleeding and the blue to represent the veins. The colors are wrapped around a stick representing the ones patients understand to bring out the veins in their arms. Once the procedure was complete, the barber’s surgeon washed the bandages (although they were still bloody) and showed them outside to dry, but also to let people know that the sign was open and providing this kind of service.

Of course, at first, the barbers chose other symbols to advertise their services, especially to the illiterate. But since Law 1307 prohibits this practice, they have therefore had to find another way. The red and white striped column quickly became the barber’s signature. How about the blue band? For a long time, in Europe, the poles revealed only a red and white vortex. Blue has become an integral part of the United States. Some historians say that the blue bar represents the color of the veins. Another theory explains that the addition of blue made it possible to distinguish barbers from doctors. But according to popular belief, the blue / white / red pole has become a standard as a sign of patriotism.

Plus, even today, you’ve probably noticed that some shaving product packaging often has streaks or spirals reminiscent of the colors of a razor bar. You now better understand the meaning and history behind this design.