There is a reason for that. We tell you why radiators are installed under the windows. 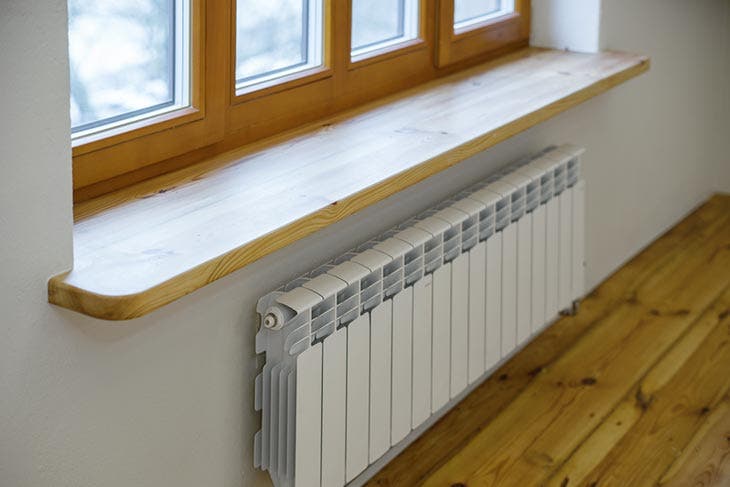 Why are radiators installed under windows?

The apartments and interior architecture have evolved over time. However, when the craftsmen come to install the radiators, they put them in the same place: under the window. We don’t ask questions and let them do it, but why are they installed there?

One reason is that if the coolant is not placed under the window, the window glass will be too cold.

When the warm, moist air in the home meets the cold side of the glass, the fumes escape and condense. Condensation can damage your walls. It can cause mildew, damage woodwork and cause unpleasant odors in the home.

When the radiator is installed under the windows, a “curtain” of heat is created. This prevents water vapor from condensing on windows or other surfaces in the home.

“In fact, a radiator should be installed under each window. If there are two windows in the room, we will place two radiators at a maximum distance of 30-40 cm from the wall with the glass. Placing the radiator under the window is a wise choice from another point of view: it is a dead space and generally you can’t Put anything else, such as furniture,” explains Thierry Chalenson, an expert in thermal insulation. 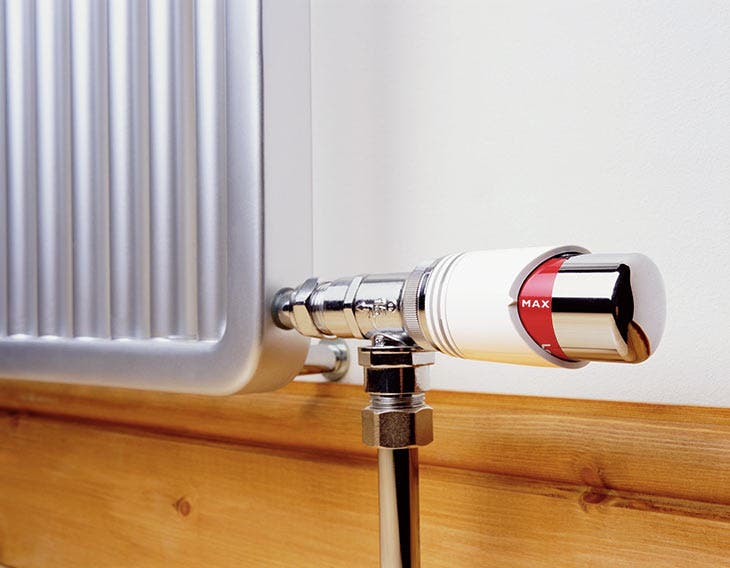 Coolant under the window – Source: spm

How to choose a good coolant: 5 criteria

The power of the coolant is expressed in watts. It depends on the volume to be heated, but also on the type of room and the ideal temperature that the user desires. In a well-insulated house, it requires an average of 93 W/m3 to heat a bathroom to 24°C, 85 W/m3 for a living room up to 22°C, and 77 W/m3 for a kitchen to 20°C and 70 W/m 3 for room at 18°C. If the house is not well insulated, the power should be higher. In a room of more than 25 square meters, it is better to install two to three radiators of lower power, rather than a large one, for better heat distribution.

With electric radiators, it is estimated that 750 watts is needed to heat an area of ​​5 to 9 m2, and more than 1500 watts for a room larger than 20 m2. With the low-temperature model (electric or gas), it takes 70 watts per cubic meter of room size. With central heating (oil or gas), there is 50 watts per cubic meter.

Cast iron, dense and heavy, provides excellent heat compensation and maintains air quality, but it takes a long time to heat up. Mainly used in central heating radiators. Cheap steel is used in basic heaters as well as radiant and incandescent models. Without inertia, it quickly heats up and cools down. Like the latter, aluminum heats up and cools quickly, but it is lighter and has better structural quality. It is used in radioactive or inertial radiators, often combined with other materials for greater performance: oil glycol for the fluid inertia form, ceramic, soapstone, or dry inertial volcanic stone. Lava stone offers a very high caloric value. It’s the material that collects heat best, then releases it slowly and evenly. In addition, the lava heaters are the least dense in the inertial models. Soapstone accumulates a lot of heat in a small area. Beware of reconstitution of steatite, based on cement binder, which is much less efficient. As for ceramics, it is an excellent material for inertial radiators of liquids. Returns heat evenly and gradually.

Convectors, often called “toasters”, are the first generation of electric heaters. They remain ineffective and air dry. The temperature rises quickly, but it does not regain any heat once it is turned off. Their only advantage: the price. Radiant and radiant models produce infrared rays and provide comfort similar to the heat of the sun. Inertial radiators represent the new generation of heating emitters. They can be liquid inertia (containing glycol or mineral oil) or dry inertial (rock, ceramic, volcanic stone heating core, etc.). With the latter, it is the substance itself that stores and releases heat. Soft heat radiators consist of a cast iron or aluminum radiator front plate heated by the first resistor, and a heating stone or liquid with the second resistor. Coolant does not exceed 70 ° C. The heat is very gentle and homogeneous and the air is not drying. Storage models are made of heat-resistant material to store and release plenty of heat for a long time (up to 8 hours of heating once turned off). Thus it can be turned on during peak hours and off during peak hours, but one of its drawbacks is that it is bulky and heavy.

Today there are all kinds of radiators. The shape is chosen according to the available space and also the desired design. If horizontal models are traditionally installed in bedrooms and living rooms, a beautiful high radiator can also have a more beautiful effect. In the kitchen, where space is often limited, it is advisable to give preference to compact and vertical models. In the bathroom, a heated towel rail remains the ideal solution. For attic rooms or under the low window there are “base” models, all in length and low in height.

There are now connected or “smart” radiators, which can be controlled remotely from a smartphone or tablet. Thanks to this highly accurate temperature control and real-time monitoring of electricity consumption, bills are even lower. Some models are able to memorize the rhythm of life of users, thereby programming themselves according to situations and even unexpected events. Intelligently controlled radiators can save up to 45% of energy. The smart thermostat can be installed on a disconnected radiator, equipped with the functions of detection of presence, opening and closing of the window, with an indication of consumption, etc. These thermostats are also controlled remotely from a smartphone and allow electricity consumption to be adapted exactly to the user’s needs.