The oven is one of the most used household appliances in the kitchen, especially for making different recipes but also for different cooking methods. Having taken out a golden dish from the oven or a well-cooked chicken, we often leave the oven door open. Does it make sense to do that?

Should the oven door be left closed or open after each use?

We often tend to leave the oven open to ventilate and cool down after we’ve finished cooking our dish. In fact, by leaving the oven open, the heat will escape from the appliance and therefore it will cool down more quickly. However, this step has drawbacks. 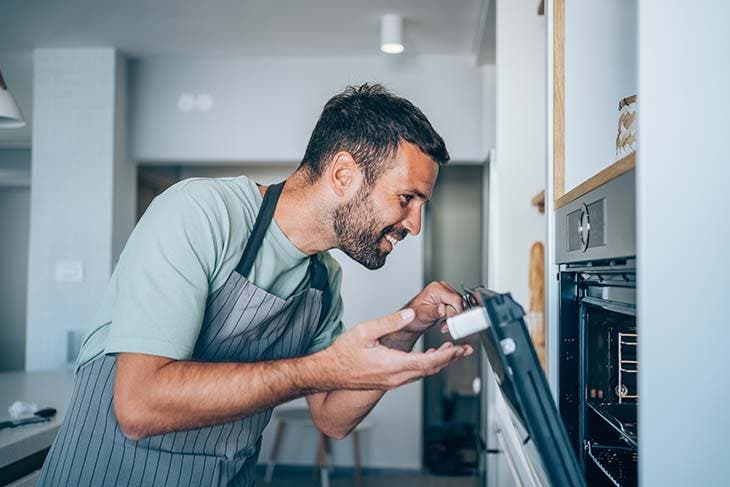 The first drawback to leaving the oven door wide open is that the heat from the appliance can damage the various materials around it. Therefore, it is preferable to close the oven door after use. The colors of wooden furniture (cabinets and kitchen drawers) can easily deteriorate and lose their luster. In addition, some parts, seals and devices are not designed to withstand high temperatures, which can damage them.

By leaving the oven door closed, the heat will certainly penetrate into the kitchen but the process will be slower. By doing this during the warmer months, The kitchen will maintain room temperature. 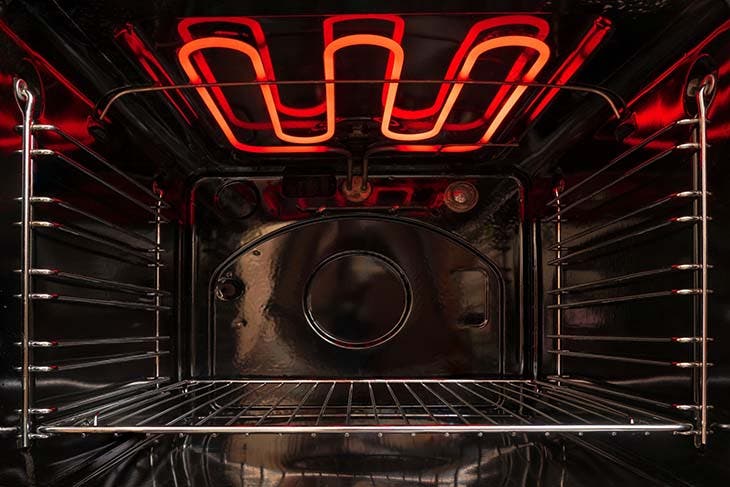 Heat in the oven – Source: spm

Keeping the oven door closed helps avoid the risk of burns. In fact, depending on the cooking time and the ingredients used when cooking the dish, the steam escaping from the oven can cause burns, affect the top layer of the skin, and irritate the eyes.

The oven door is closed: what are its disadvantages?

There may be some inconveniences in leaving the oven door closed after every cooking.

Contrary to popular belief, leaving the oven to cool down with the door closed does not harm the appliance. However, most of these devices have built-in cooling systems that consume energy. That’s why most people choose to leave the oven door open. This allows the fans to shut down faster and reduce power consumption. 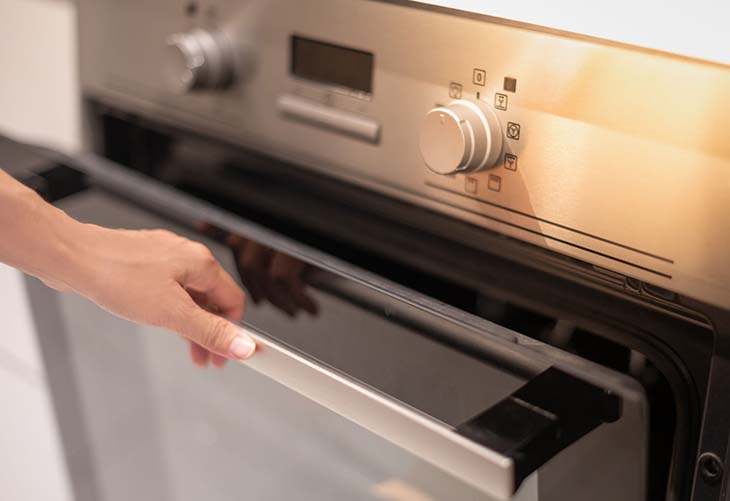 Leaving the oven door closed may cause annoying noises. For example, the age of a furnace or an appliance with fan problems can cause noise pollution. If the noise bothers you, contact a professional to check the quality of your oven and correct some malfunctions.

One reason to leave the oven door wide open is to let cooking smells seep in. To avoid spreading all the odors in your home, open the oven door and kitchen window at the same time to get rid of strong cooking smells. Other tips can neutralize odors in the oven, such as white vinegar. Pour an amount into a suitable container and preheat the oven. Evaporation of the product will not only clean the interior of the device, but also eliminate unpleasant odors. 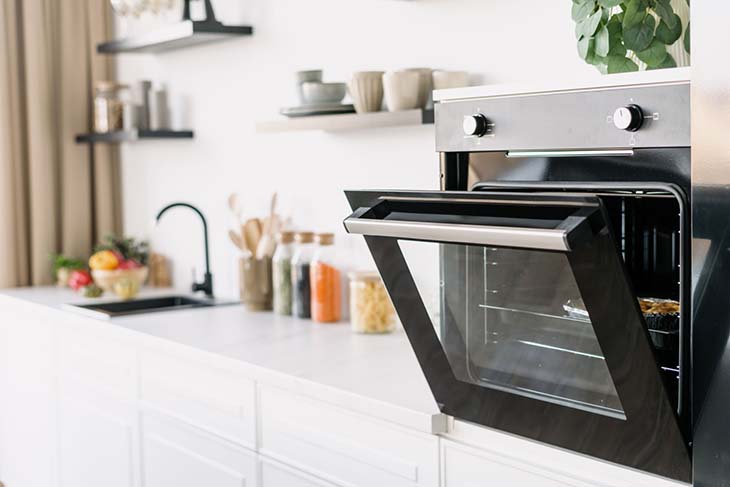 If there’s one positive thing about opening the oven door after cooking, it’s the feeling of heat it gives off in winter. Heat spreads quickly in the kitchen, causing the room to warm up quickly.

Leaving the oven door closed has many advantages. However, doing the opposite can also be beneficial for many of the reasons mentioned above. It is therefore essential that you base your choice on the situations we face on a daily basis.