It is not by chance that the Earth is called the “blue planet”: since it contains more than 70% of water, seen from space, it necessarily appears blue, highlighting the seas, oceans, lakes and other waterways. But, specifically, insofar as water is supposed to be a colorless, transparent liquid in its pure state, how can we explain this blue color over all of these spaces? A vague question without an answer? of course no. Scientists have a logical explanation for this nature’s curiosity: this luxurious hue of blue, green, or gray is caused by the reflection of the sun’s white light scattered by the sky. Upon contact with water, this shine is absorbed, leaving brilliant blue reflections like a trompe l’oeil effect. We give you more details.

Why do we see blue sea and transparent water? 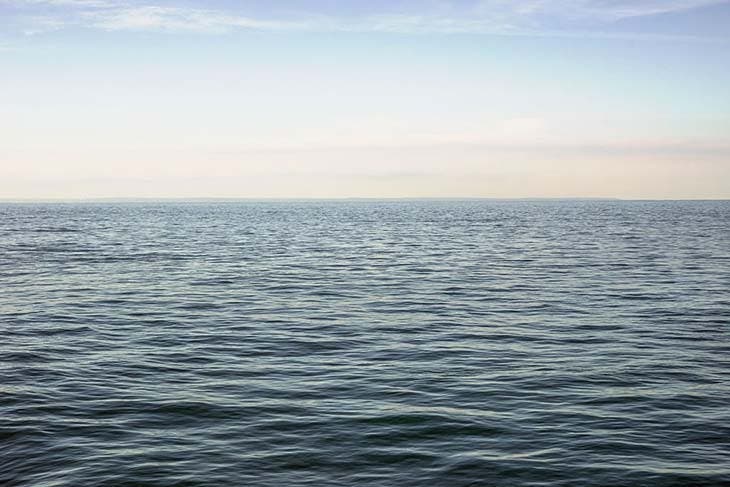 There are several hypotheses that can explain why the sea is blue. Researchers offer different explanations, stemming from physics. Note also that seawater can be multicolored, not just blue.

Obviously the clearest explanation: it’s the famous reflection of the blue light of the sky transmitted on the surface of the sea. This is why we often notice that the water is somewhat gray when the sky is stormy or when the weather is bad. . But this is not the only explanation.

These shaded gradients in the sea or ocean arise from suspended particles, the amount of sunlight touching the water, but also from the depth of the water. These shapes also depend on the wavelengths that arise from the white light of the sun. Although all this is not visible to the naked eye, this natural light is scattered in different colors through the atmosphere. Take, for example, you are often fascinated by the multicolored rainbow that occurs after rain. How do we explain that the reflection of light creates these color shifts? It is simply sunlight passing through the water molecules remaining in the air after it rains.

Therefore, depending on the composition and density of the material, the wavelengths propagate differently and hypothetically give rise to other colors. When it comes to sea water, the wavelength is close to the blue spectrum and moves to greater depths. As for the red, orange and yellow wavelengths, they are absorbed more quickly and we sometimes notice little reflections on the water, especially during sunset.

Zoom in on different shades of sea water colors 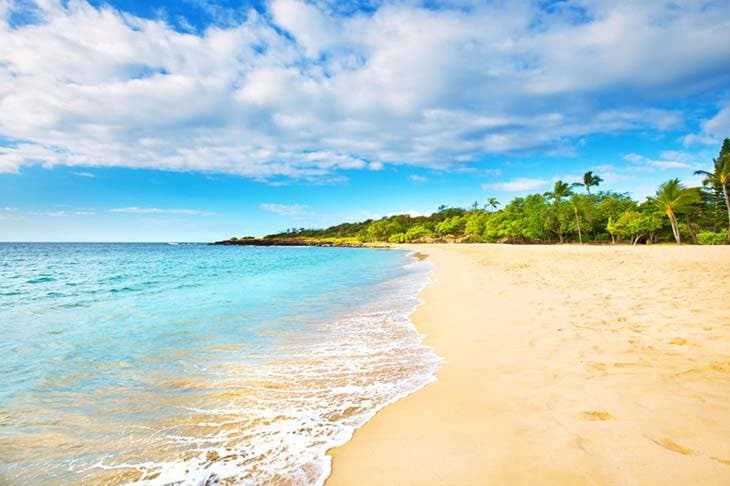 We must know that water molecules help more in the propagation of blue waves and at the same time absorb other colors very quickly. Usually the red and yellow waves disappear first, followed by the green waves, leaving only blue waves that can be up to 90 meters deep. This blue tone will immediately attract the human eye, which will often perceive only this color reflected in the seas and oceans. Experts also explain that even in the most remote sources of water, such as a cave, all it takes is solar radiation for the water to appear blue.

Of course, we all found that there is also dark or green water. The abundance and diversity of aquatic animals in the water precisely interfere with the reflection of light. If the water is full of phytoplankton, a group of plant organisms and microscopic algae, then the blue waves will be absorbed more quickly, leaving a visible brilliant turquoise green, similar to that readily found in the waters of the South Pacific.

Likewise, the tropical climate and the sun’s rays fuel marine life and create large areas of plankton. As for dark water, it is often caused by the passage of a large storm. Due to the influence of winds and currents, a lot of sand and sediment are collected on the surface of the water, which makes its color darker.

NB Most of the oceans and seas are dark because the light hardly reaches depths of more than 200 metres.